SmytheSans Pro is a contemporary workhorse sans serif family that is eminently readable on-screen and in print. It is an updated version of our popular family Smythe Sans—we extended the characters sets, redrew most of the characters, rigorously spaced and kerned the entire family, and added a bunch of new features. Smythe Sans Pro includes Western, Central and Eastern European and Vietnamese character sets and is offered in five weights: thin, ultra light, light, regular and bold. 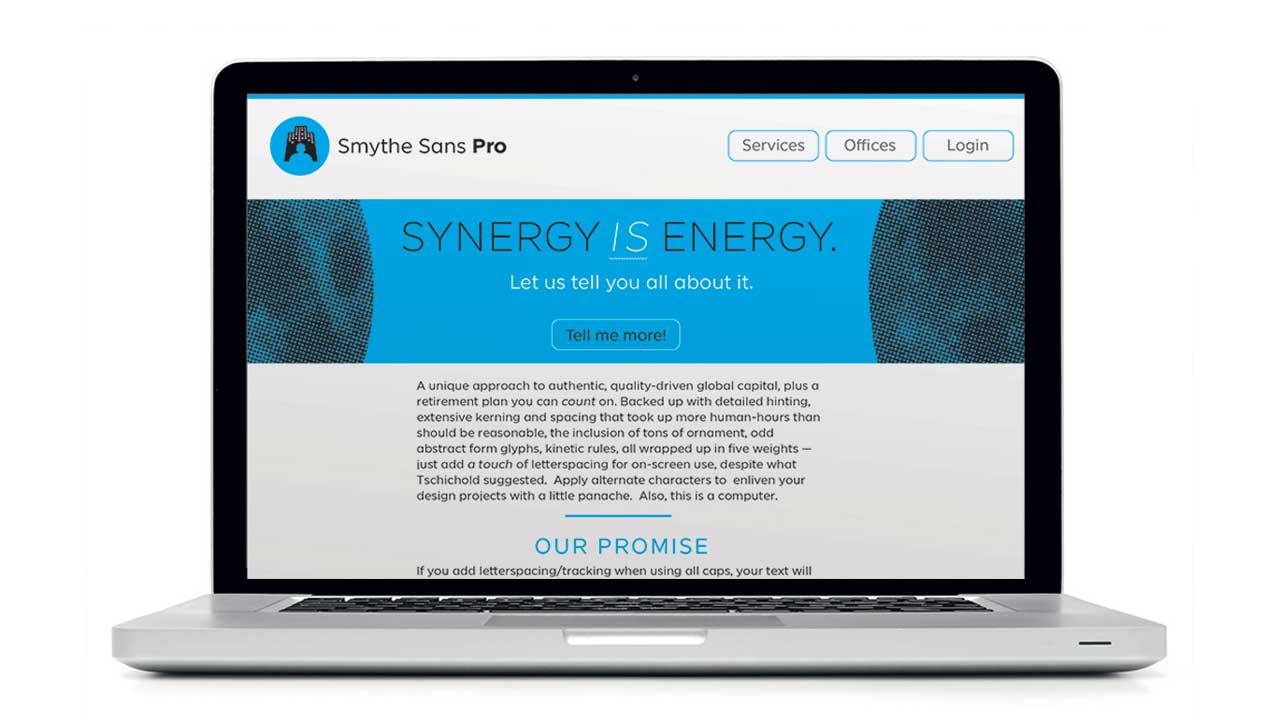 SmythSans Pro features a large x-height, ample yet economic spacing for capitals, and subtle ink traps for less-than-perfect printing conditions (which can be exploited as design features at large scale). All of the capitals from the old SmytheSans Display family are folded in to SmytheSans Pro as OpenType accessible stylistic alternates—NASA-inspired space age alternate caps galore! The original SmytheSans family featured Italic and Oblique cuts—in Smythe Sans Pro, the more calligraphic italic characters are available via OpenType-accessible stylistic sets. Each weight of SmytheSans Pro features a bespoke paragraph mark which varies from weight-to-weight and includes over 100 ornament, kinetic rule, form, symbol and pattern-making glyphs so that one might use SmytheSans Pro as a complete design kit. 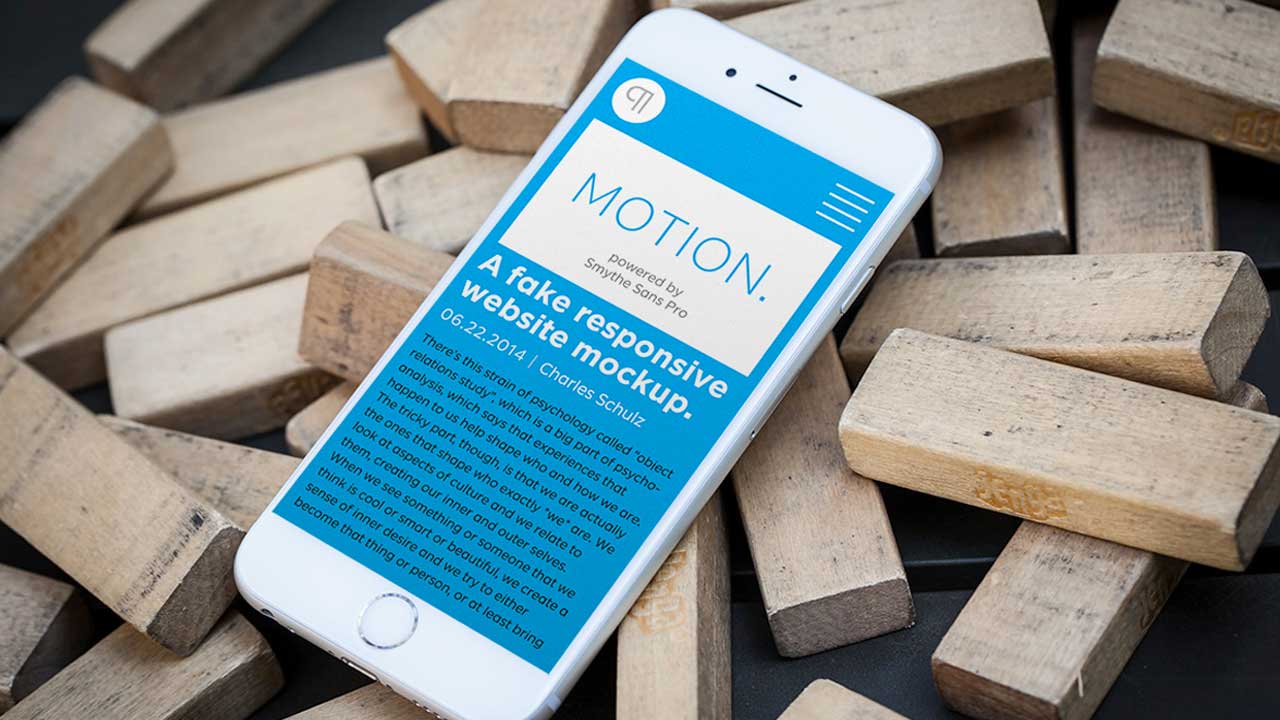 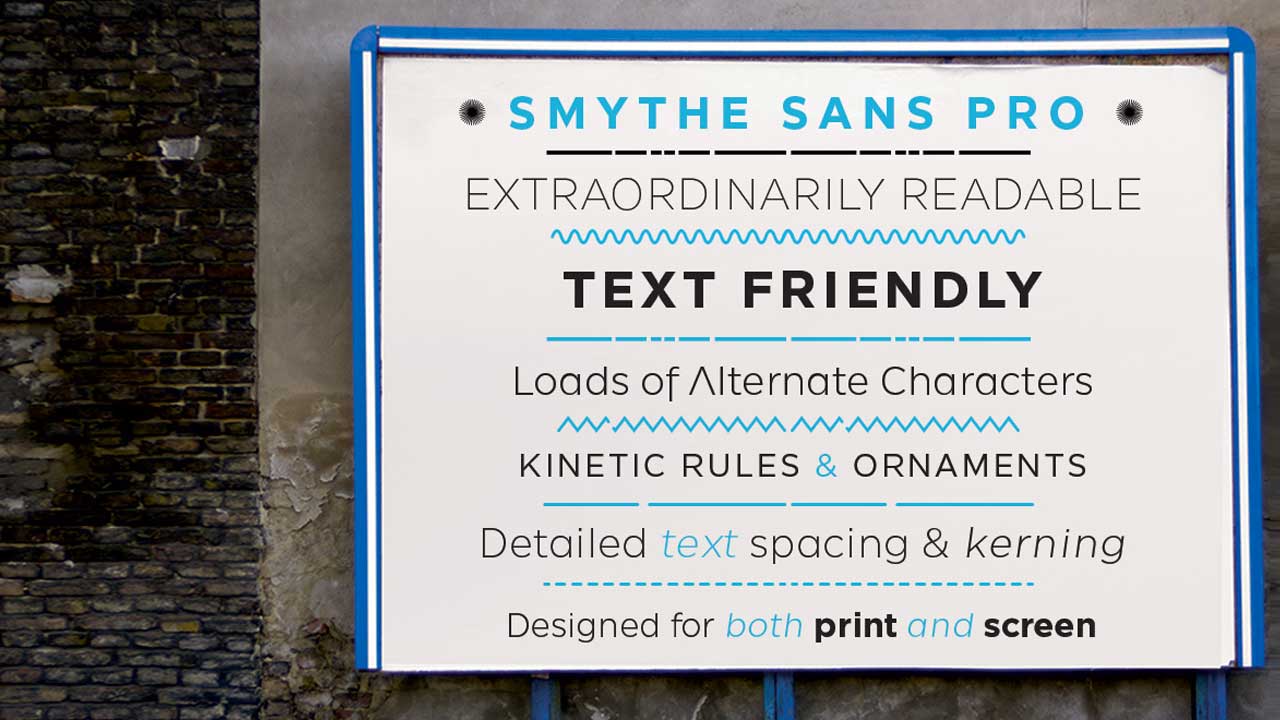 The lighter weights are slightly slimmer than the regular and bold weights to give the typeface more of a vertical feel, inviting readers’ to rapidly read typeset text with a maximum of contrast and a minimum of optical dazzle. All work well on-screen as webfonts and in print as book type. Each is hinted with accuracy and kerned with precision. 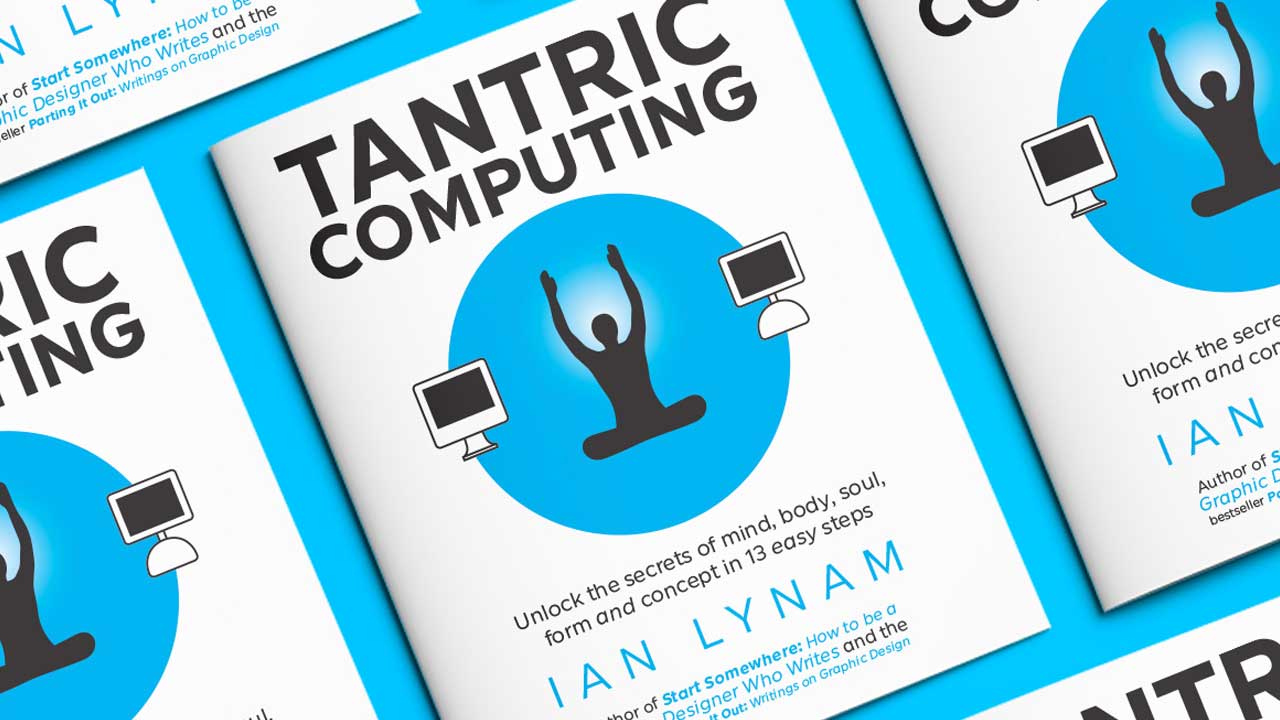 SmytheSans Pro is an eminently readable typeface, particularly at small sizes on-screen. The strokes throughout are modulated to enhance humanist expression, with high-contrast horizontal slices taken out of certain letterforms to keep readers’ eyes moving forward in text. The typeface’s tendency toward a tall x-height was carried through the single-storied font with more horizontal characteristics for enhanced readability while being super-friendly and bright in appearance. 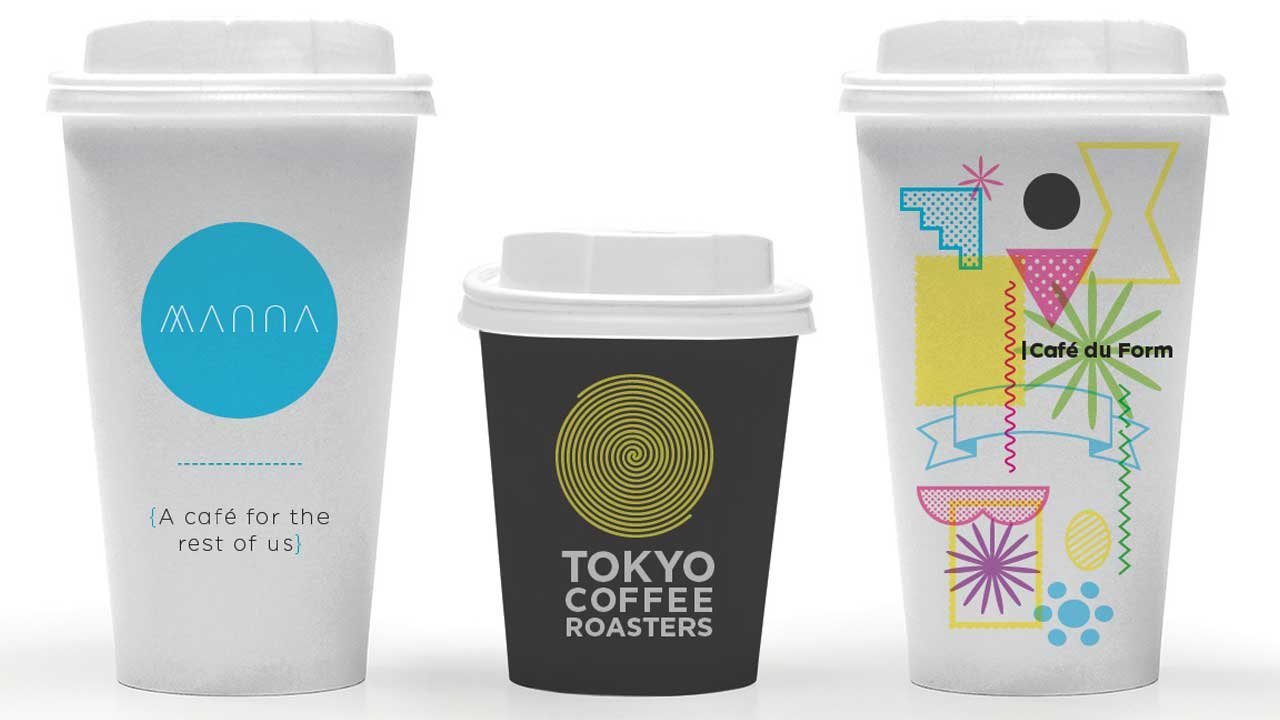 For a limited time only, and only through Wordshape, the entire family is available for $100 for all weights.

Please note:
The user license applies to single-user desktop use or a single webfont license for the SmytheSans Pro family. If you’d like to license SmytheSans Pro for desktop and webfont use, you will need to acquire two licenses.

All Wordshape typefaces are provided in desktop OpenType (.otf), TrueType (.ttf) and web font (.eot, .ttf, .woff, .woff2) formats and will be included in your immediately downloaded .zip file.

Originally commissioned by Onitsuka Tiger, Onick is back!
(Also, it's free.)