A print issue from web journal Néojaponisme — NJP#1: Shōwa Tokyo — 128 pages of new content about retro Tokyo past and present. 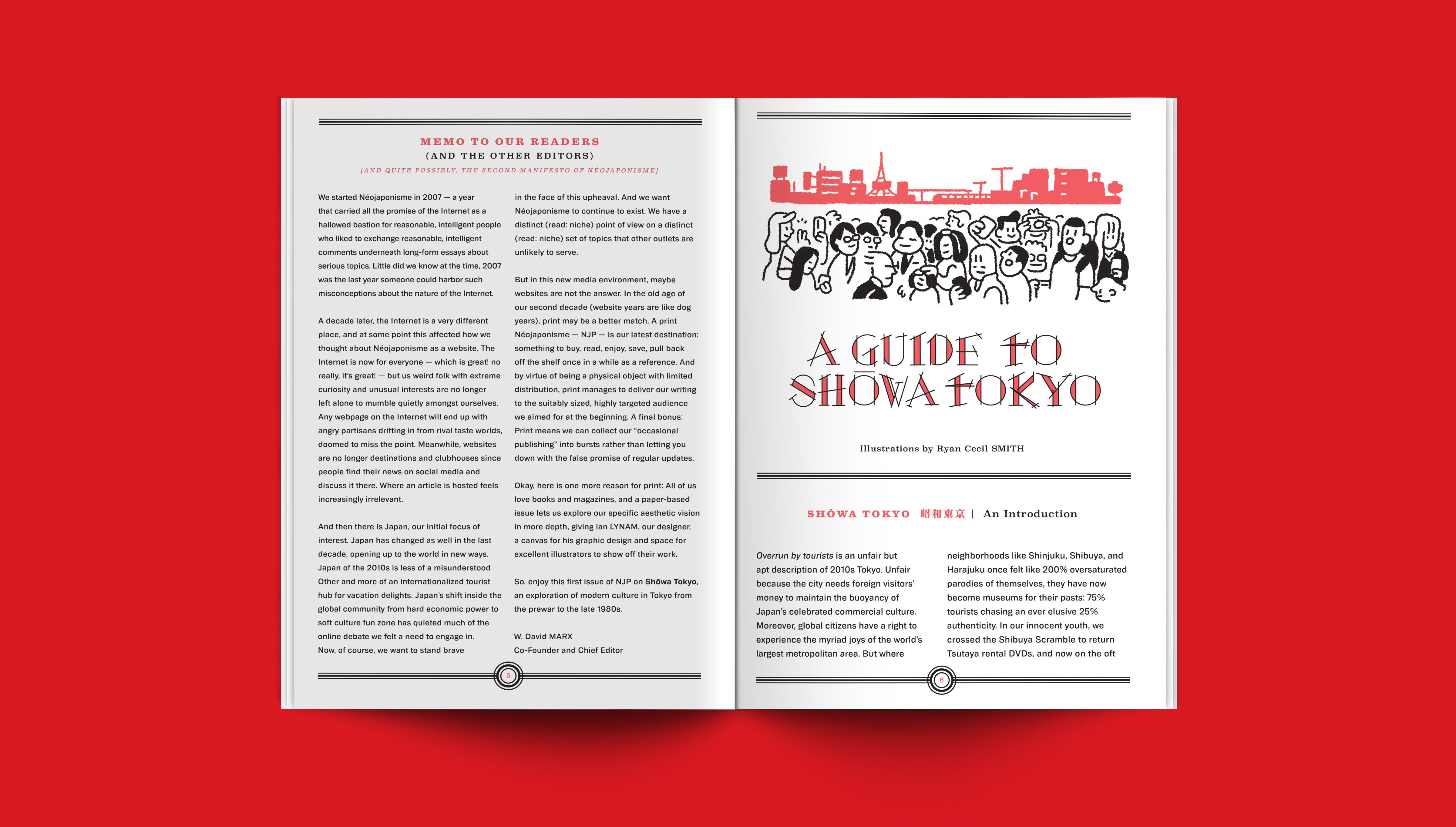 With the 2020 Summer Olympics around the corner and Tokyo in midst of over-tourism mayhem, the editors of Néojaponisme (W. David Marx, Ian Lynam, and Matt Treyvaud) and their favorite contributors wrote tens of thousands of words of new content to celebrate the older Tokyo of the Shōwa Era (1926-1989): what lives on (the Toden Arakawa Line), what is at risk of extinction (the kissaten), and what’s been lost forever (the dance hall Furorida). 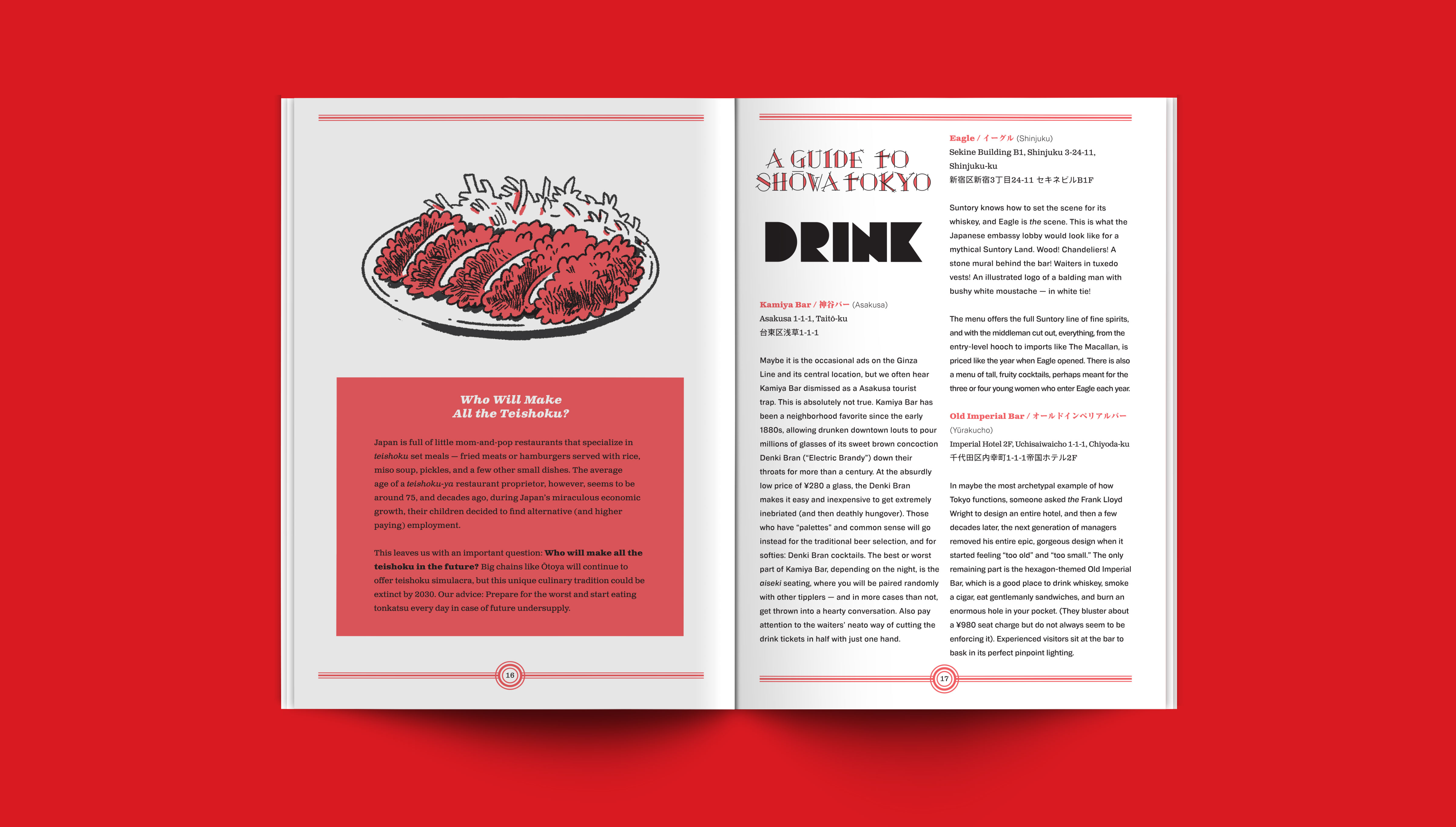 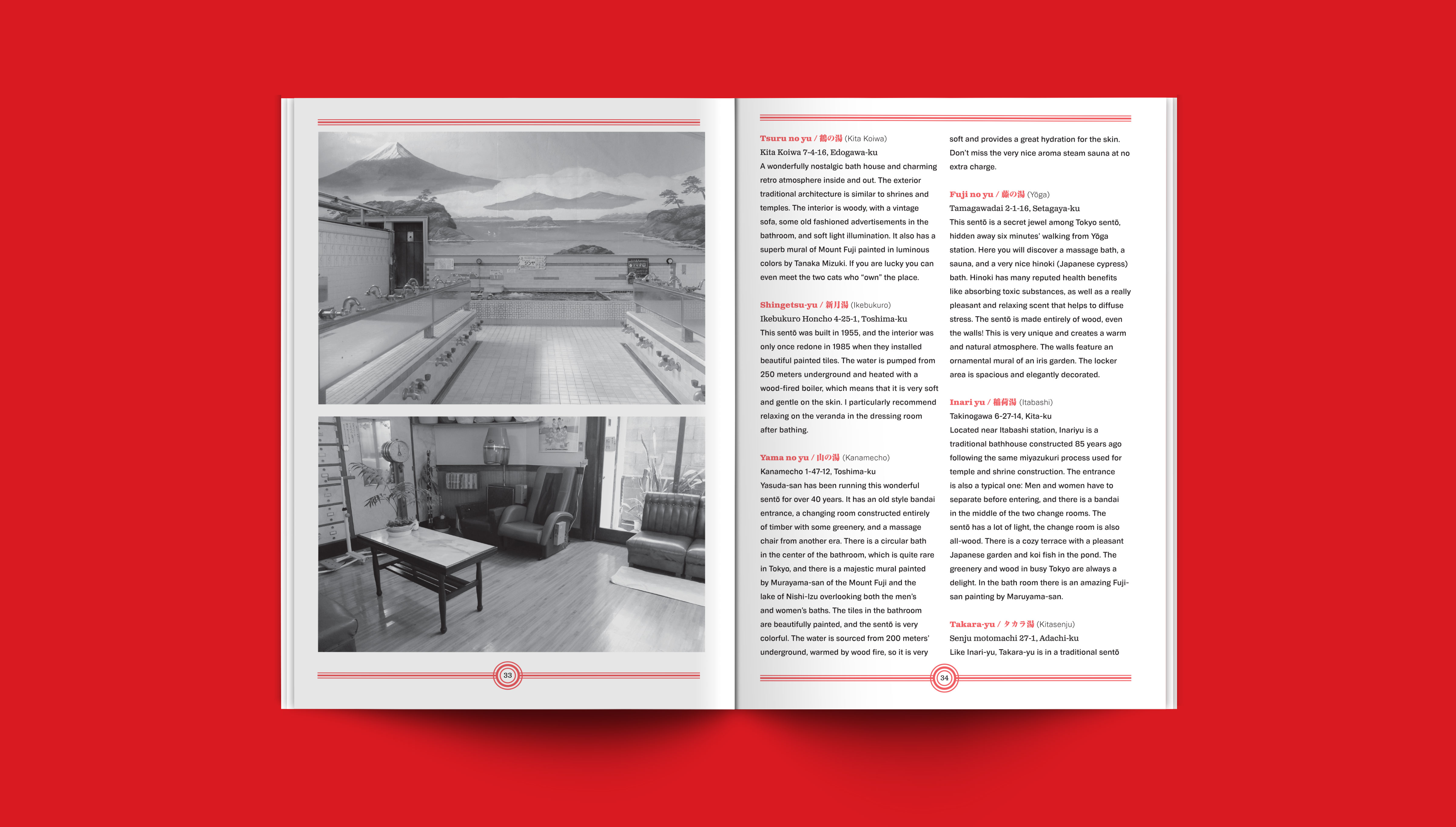 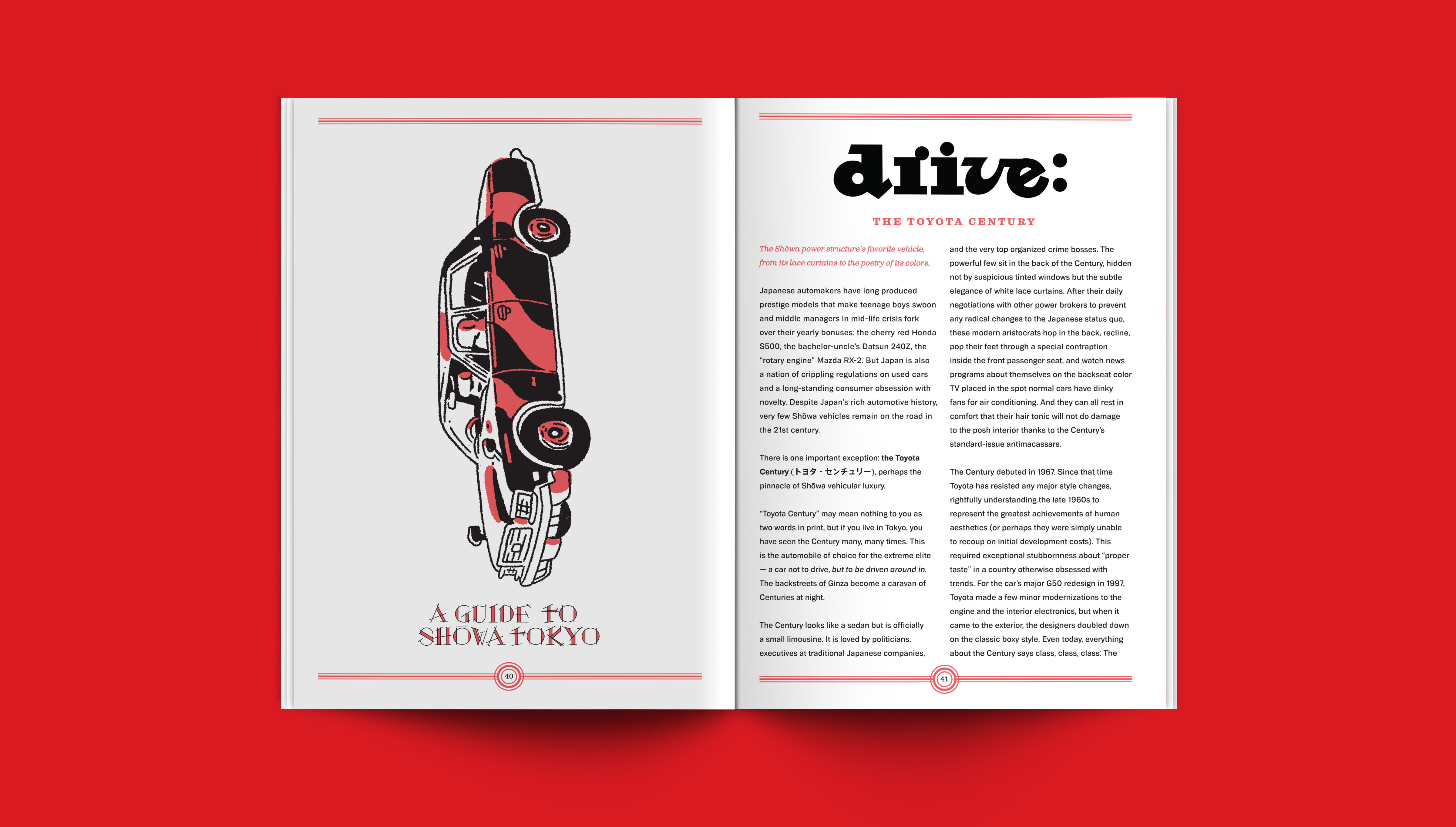 Designed by Ian Lynam using a veritable fleet of new custom typeface designs and custom lettering based on Shōwa sources, NJP#1 is a masterpiece of intentionally wonky, incredibly period-specific design. 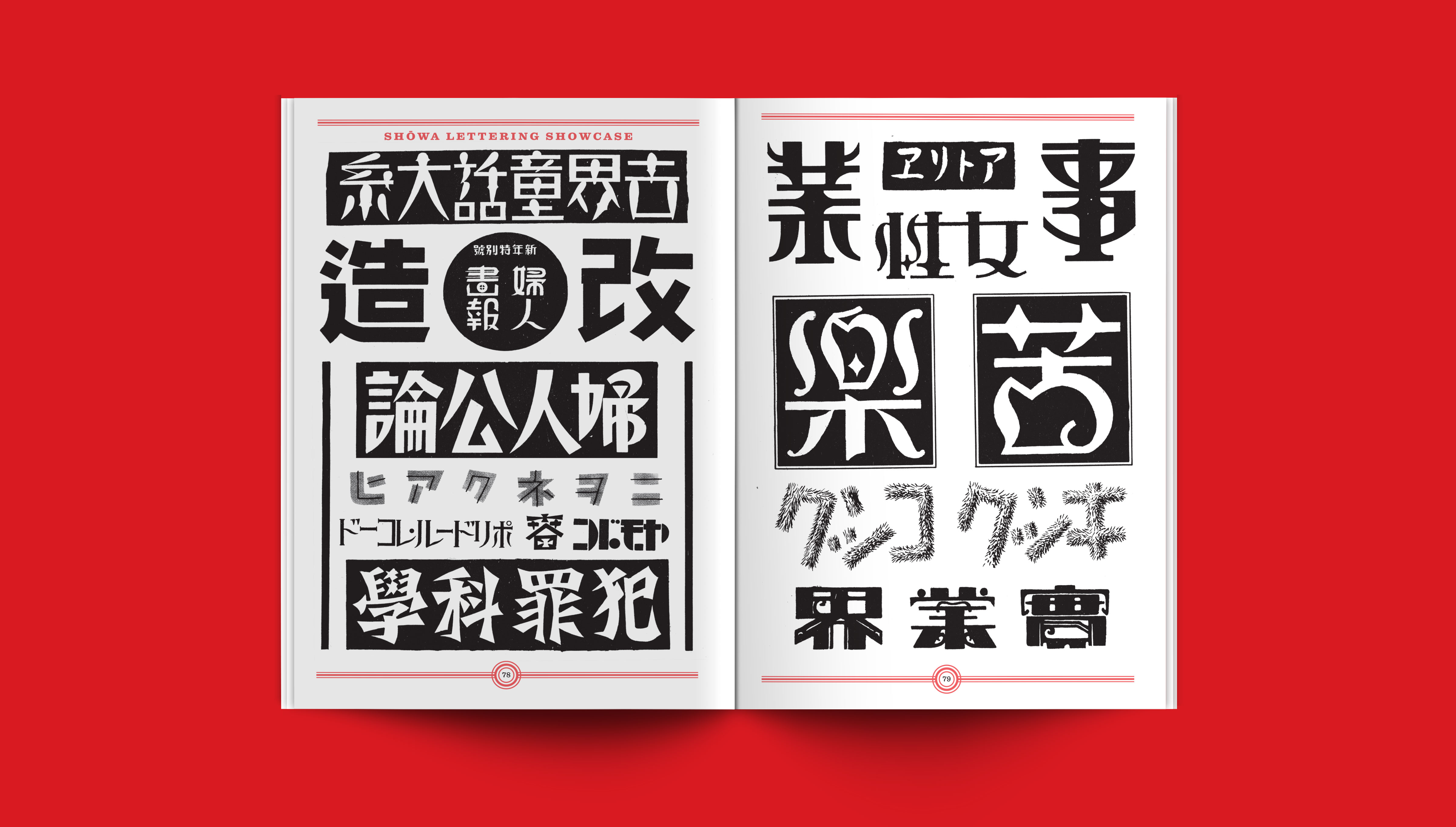 It is printed on beautifully creamy archival paper and is housed in a UV softcover binding which is heat- and stress-resistant.

The journal ships with two B6-size sketchbooks featuring variations on the cover design.

It also ships with a set of three A3-size, two-color Risograph posters.