Idea #359 is a special issue that focuses on the development of Japanese “idol” culture from an art direction and graphic design perspective. For fans of J-pop from Kyary Pamyu Pamyu to Perfume to Hikaru Utada to Morning Musume, this issue is an eye-opener in terms of contemporary aesthetics and the development of a branded genre of music. 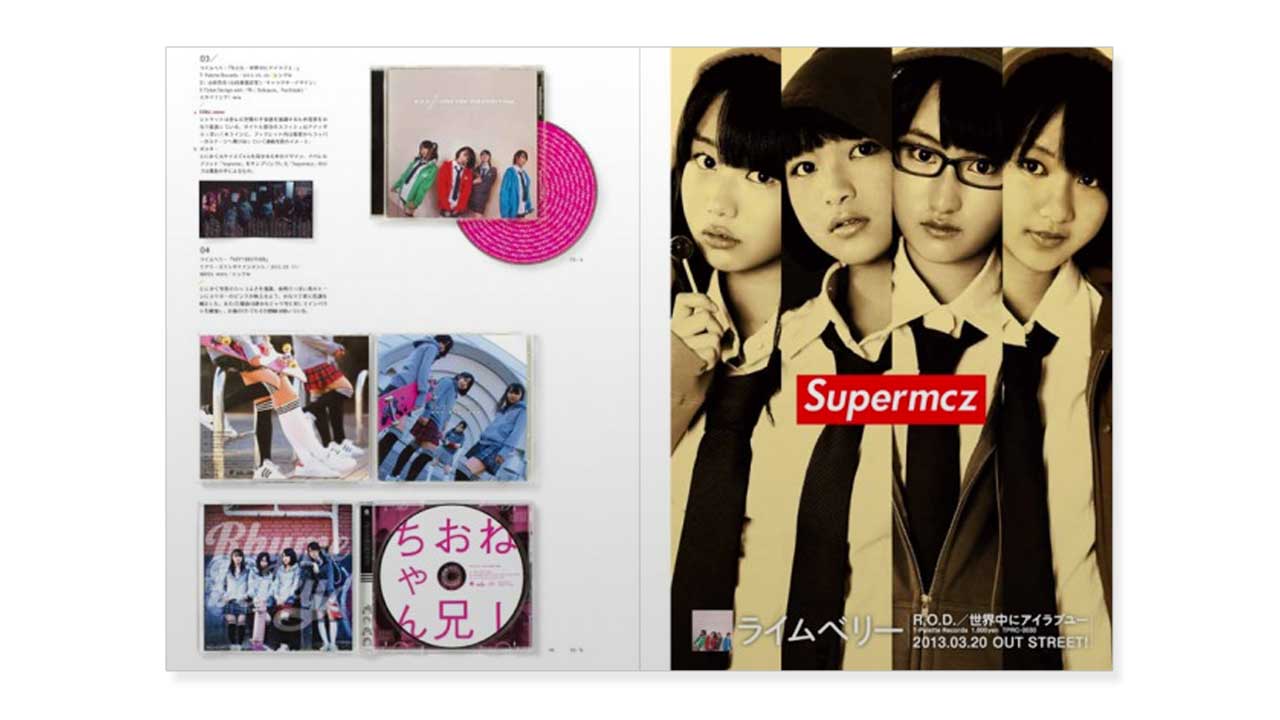 Contents:
Design of Amachan
NHK’s drama series “Amachan”, broadcast from April to September 2013, grew popular among people of all ages. Through the charms of screenplay, direction and casting, not to mention photography and soundtrack, the creators managed to convey their enthusiasm to the viewers. The graphic design of the props and backdrops played an important role in creating this world. We introduce you to the many authentic-looking designs of company logotypes, store signage, posters, street advertising, food labels, et cetera, and talk to the designers who created them.

Kyary Pamyu Pamyu Graphics
Text by Sayawaka, Design by Daijiro Ohara
Kyary Pamyu Pamyu debuted with the song “PONPONPON” in July 2011. The photos in the CD jackets and in limited edition booklets made her “gurokawa” (grotesquely cute) style famous, and a whole world talked about the lovable music video to “PONPONPON”. We have reproduced parts of the CD booklets that were so central to the project, and interviewed the creators behind them about how this world of Kyary came into being.

Period of Idol Identity
Since the Internet and digital devices became parts of daily life in the early 2000s, the idol phenomenon has faced a major turning point. The old approach of focusing on distance rather than intimacy is being dismantled as the live experience merges with the media image. Given these new circumstances, how do today’s idols communicate their visual identity? We interviewed the producers and art directors of idol groups about their cutting edge methods to keep up with contemporary culture. 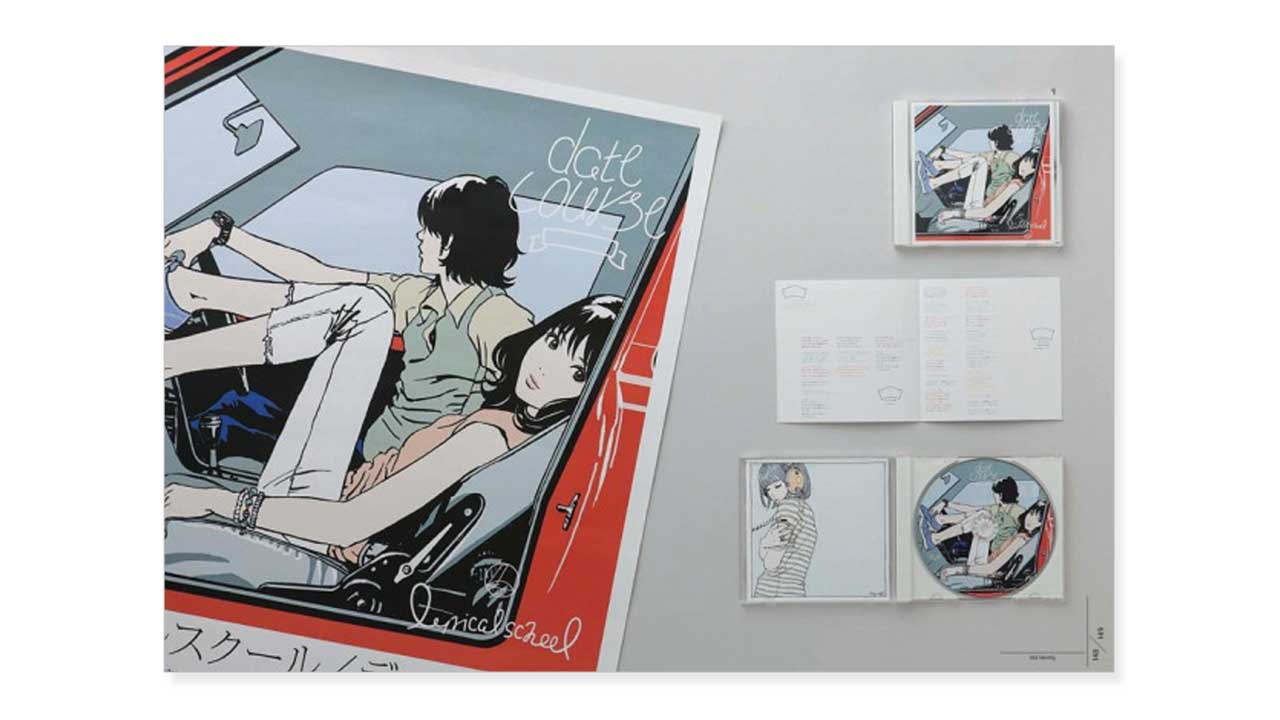 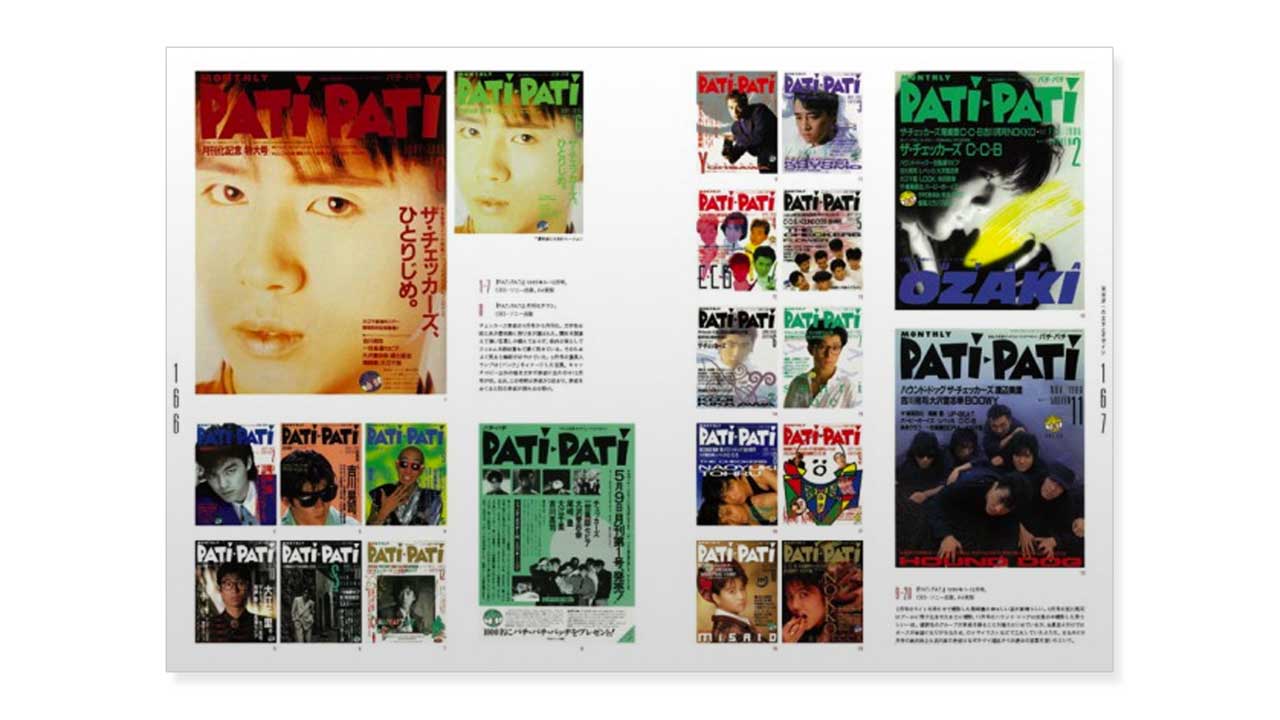 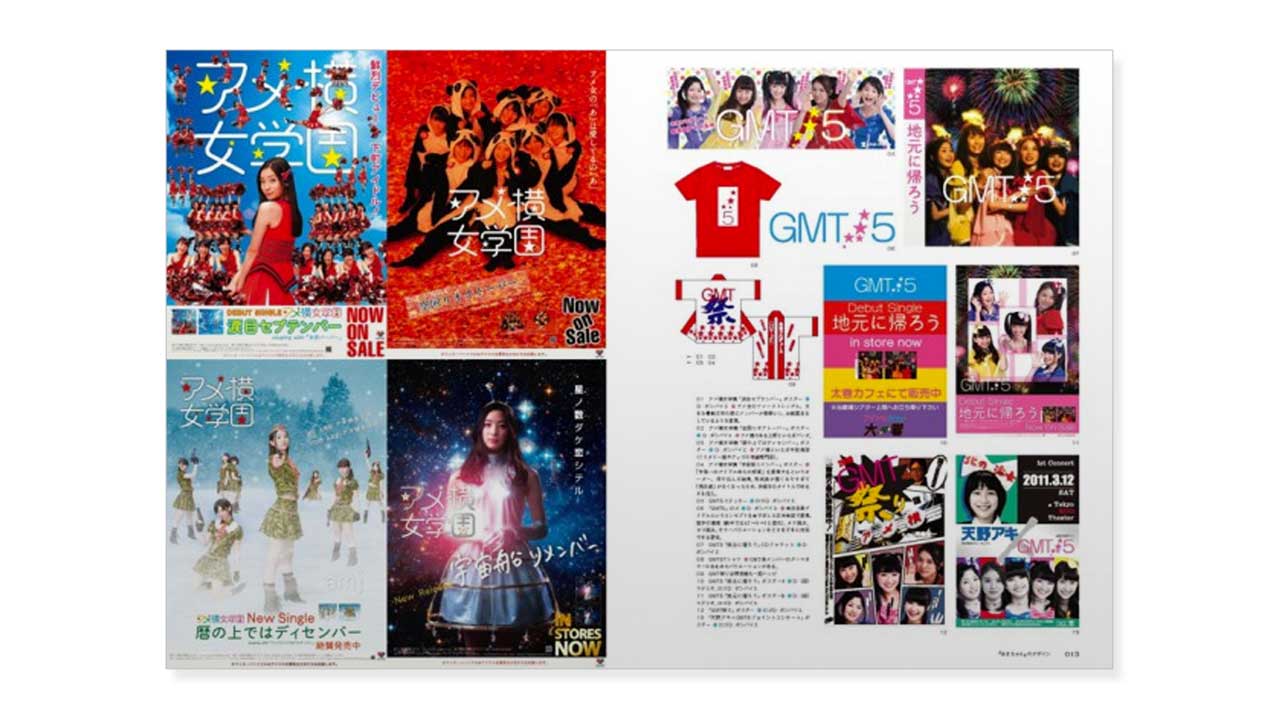 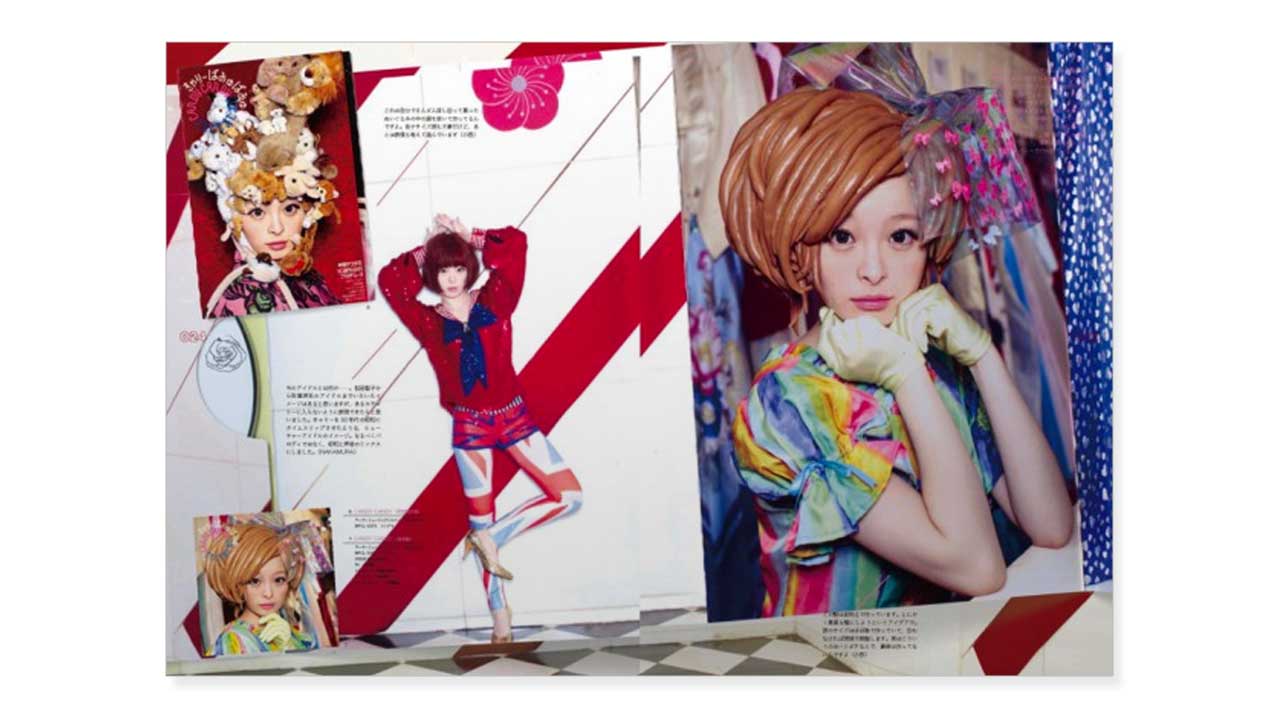 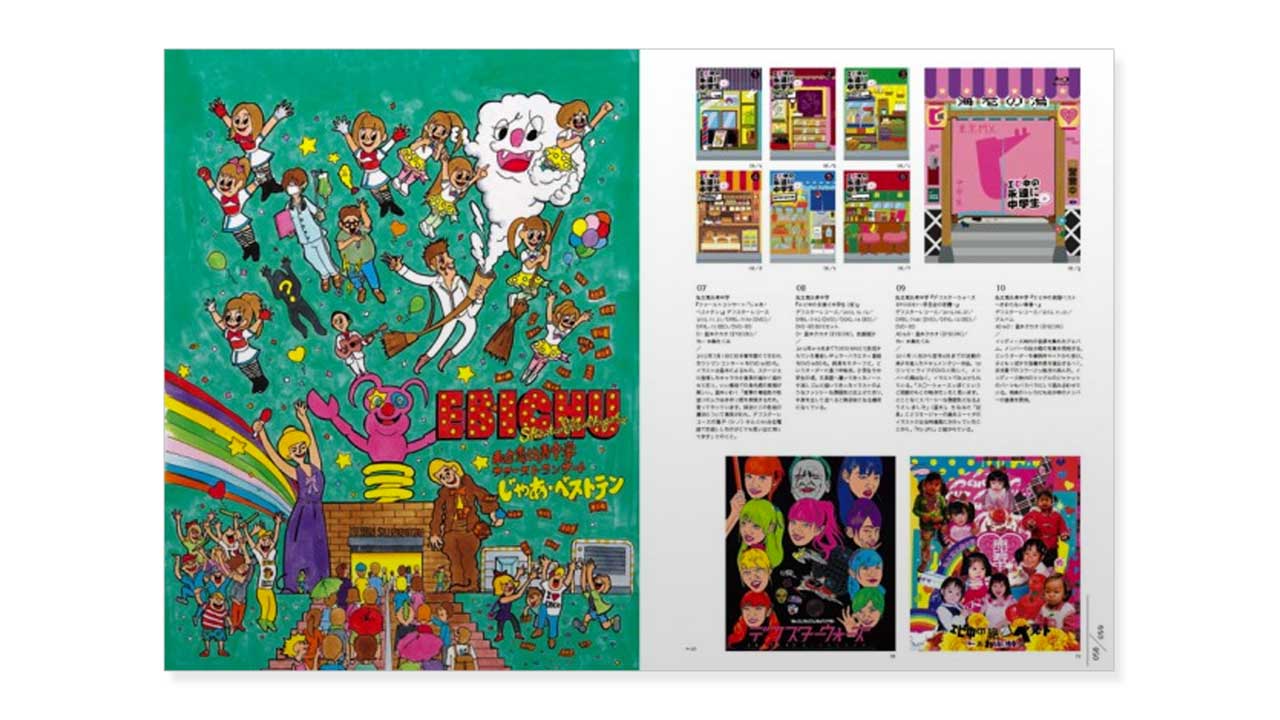 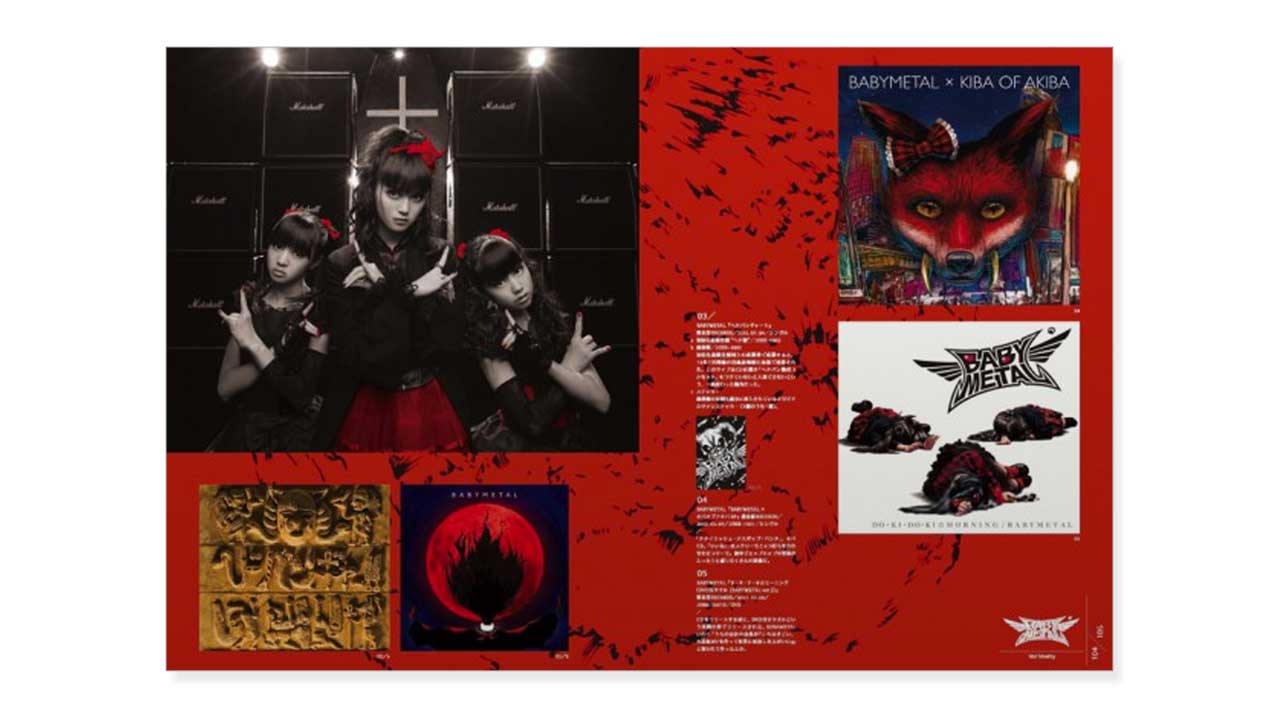 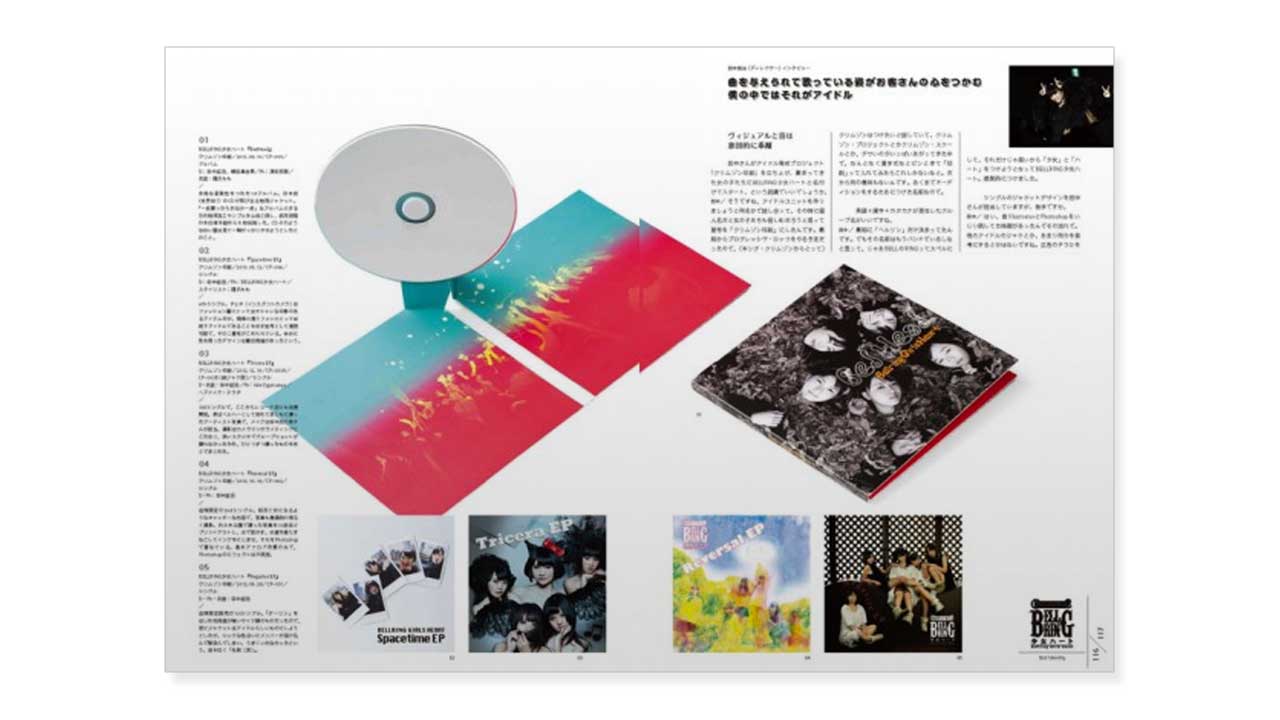 Letters and Design of Junichi Someya
Text by Barbora
In the 1980s and ’90s, Junichi Someya created many pieces of original lettering for music magazine “PATi PATi” and groups such as GO-BANG’S and several J-Pop singers. Despite his style became famous, it’s hard to find any comments on his work or interviews with the artist himself; it’s as if he disappeared from the stage around year 2000. As a Best of GO-BANG’S album was released in 2013, we got a unique opportunity to interview Junichi Someya and cover his works.

the idea of music [007]
Interview with Hajime Tachibana

Cover Artist: Mitsuhiko Sasaki (born 1983) is a Japanese manga illustrator. He was born and raised in Fukuoka, Japan.

A visual feast of the trippiest new design work, plus this issue comes with the IDEA 2020 Calendar!

An examination of hardcore punk zine culture throughout the 1980s and 1990s, as focused through the lens of Good & Plenty, a seminal zine. This 144-page book features copious essays and reproductions of the original issues.

Critique: The War of Design

A brand new 64-page booklet by Ian Lynam about critique in graphic design and educational contexts. And semiotics. And criticism. And some other stuff. It is a booklet for students, teachers and designers alike.

IDEA #387: Examining the History of Japanese Book Design from the Perspective of Publishing from 1996 to 2020

This issue of IDEA focuses on the history of books in Japan, as well as on designers from the Italian-speaking regions of Switzerland!